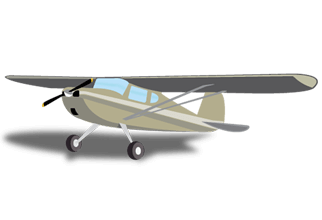 Air-cooled aircraft engines are twitchy, heat-sensitive machines that create wide variations in wear depending on the type of aircraft they are installed on, the type of cylinders employed, how they are operated, and the environment they’re flown and stored in. They do not wear differently due to a particular brand of oil. There is a correct grade of oil, depending on how and where you operate your engine, but there is no correct brand.

When you change the oil in an air-cooled aircraft engine, the only oil you can safely use is an aircraft-use oil. To use any other type of oil is to invite premature failure of the engine due to detonation. Beyond that, it matters very little what brand of oil you’re using.

All aircraft-use engine oils on the market today (that we know of) are mineral oils, i.e., refined, petroleum-based oils. Some of them have an additive in them to aid in scavenging debris and carrying it to the filter or screen. These are called ashless dispersant (AD) oils. Without the additive, they are called mineral oils.

Tradition would have you using mineral oil during wear-in of a new or overhauled engine, and then changing to an AD oil after two or three oil changes. While we aren’t exactly sure of the reason for this procedure (some theories suggest it helps with ring seating, though it could also just be held over from the days of yore), it’s fine to follow the engine manufacturers’ recommendations. After that, it doesn’t much matter which brand of oil you select. As long as you’re running an aircraft engine oil, the brand and type of oil makes very little difference in your engine’s wear patterns.

There are many variables that determine how an aircraft engine wears. We consider the oil type to be the least of these variables (if it has any significance at all).